What Is the Difference Between Angel Investors and Venture Capitalists? 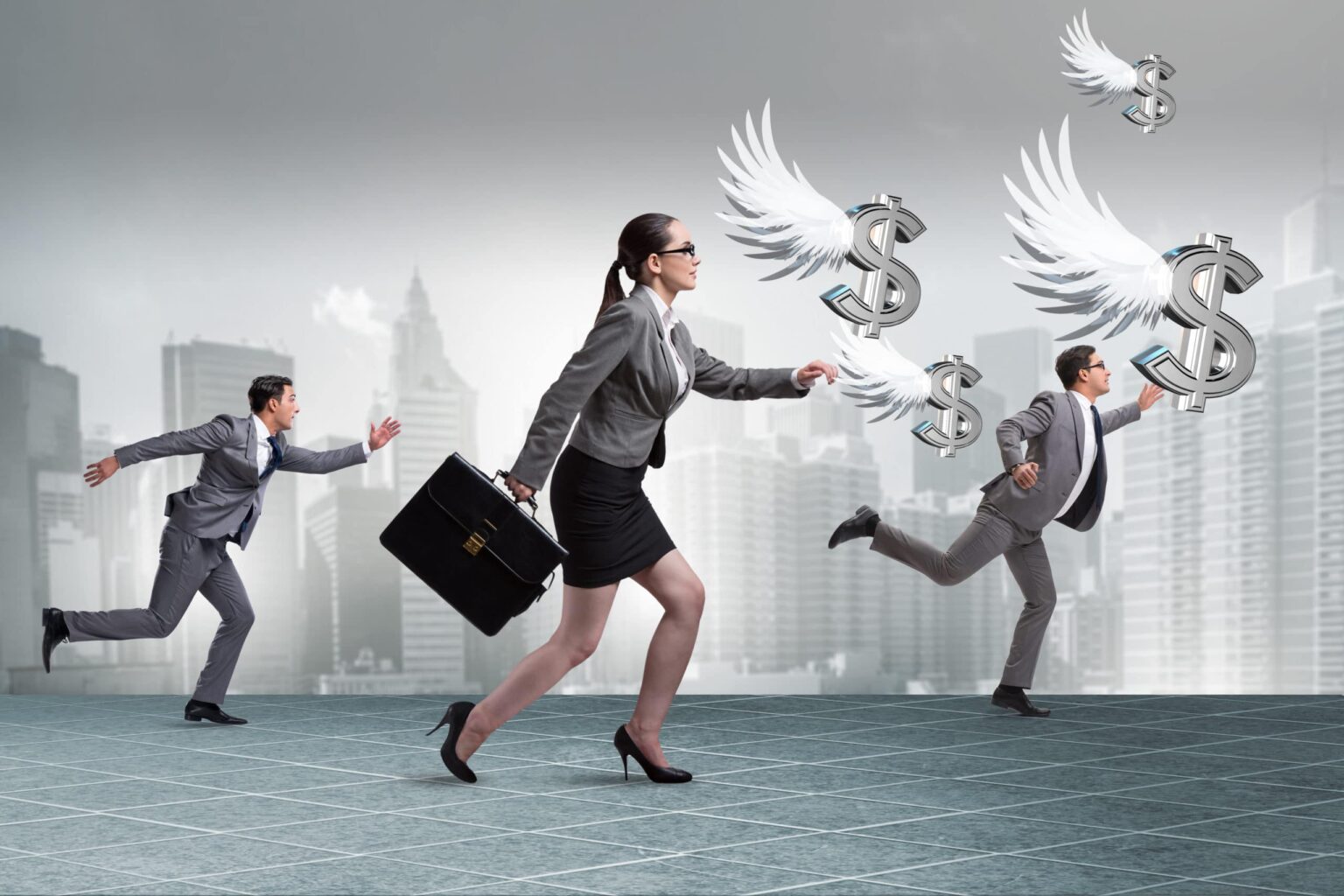 What’s the difference between an angel investor vs. a venture capitalist? If you’ve asked yourself this question, you’re certainly not alone. Here we’ll answer this common question in detail, along with examples including how the process of venture capital and angel investing works.

In short, Angel Investors fund startup businesses in the early stages of launching the business. This is often referred to as seed investments because it’s the beginning stage of investment funding. On the other hand, venture capital investors could be classified as “stage two” of taking a business from startup to growth phase. The deals that venture capital investors seek are normally much larger with higher expected return on investments. Here’s a breakdown of each, with examples included.

Example of a startup who seeks angel investors

Imagine you have a genius idea to revolutionize the way people read books. Rather than checking books out at the library, you utilize the internet to reach potentially the entire planet and sell them nearly any book! You prepare a business plan while gathering a few gifted individuals to help build your project.  Your next step is seeking funds to start the business. 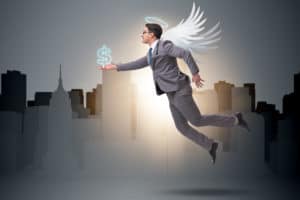 You are lucky enough to receive $300,000 from your parents who strongly believe in your innovative mind. As your business grows, you continue to seek further investments to keep up with and accelerate the growth of your company. You connect with approximately 20 more angel investors, who each contribute $50,000 each to help fund your growing internet book company. Each of your investors receives approximately a 1% stake in the company ownership.[iii]

You decide to name the company Amazon and expand your marketplace to acquire the nickname “The Everything Store”, no longer just books. Two decades later, each of the investors’ initial stake of $50,000 is now worth an estimated $3.5 billion dollars![iv] Had Jeff Bezos, the founder of Amazon, not had the funding support of his initial angel investors, the world may have never discovered Amazon Prime and two-day shipping!

How the company benefits from angel investors

Why do startup businesses need the help of angel investors? Consider the basic life cycle of a business’s income.  If you’re an online retail store like Amazon, it takes money upfront to begin selling products. First, you need to buy the product, then you need to sell the product and ultimately you need to collect payment from the sale of the product. This cycle can take anywhere from days to weeks and in some cases months. Without the help of an angel investor, your startup may have to wait weeks or months before you receive money back from your initial purchase of inventory, delaying the growth of your company!

With the help of angel investors, you can continue to fund the growth of your sales by purchasing more products while simultaneously receiving payment from current sales. The same concept is shown when an airplane takes flight. Most of a plane’s fuel consumption is used upon takeoff, while very little fuel is needed to maintain flight.

How angel investors benefit from their investment

There is a difference too in the returns expect when comparing angel investors vs. venture capitalists because the nature of the investment is different and has a higher risk profile. Angel investors in return for their investment receive percent ownership of the company. In other words, they receive an equity share of the company including in some cases a Board seat and even a discount to buy additional shares in the event of another funding event.  When investing their money, they expect a return in one of two ways or both:

Angel investors generally expect a return of 5-10X or more to make it worth their risk of investing in your startup.

It can be thought of that Venture Capitalists are sought after as the “next stage” of growth after raising money from angel investors (companies can seek funding in any order or by anyone they wish, but this is the general “unwritten” order of how startups are funded).

when you review the differences between angel investors vs. venture capitalists, you realize that the deal stage is a big factor …as well as how profitable and how much traction a company has. Venture Capital firms are companies with intelligent investors and consultants who use other people’s money to pool together and fund growing businesses for large returns. VCs seek funds from “limited Partners” who invest in a particular VC fund to be used at the VCs discretion. Limited Partners trust that the VC and it’s partners use their expertise to select a worthy investment to put the limited partners’ capital to work. On average, Venture Capitalists invest $11 million or more into each investment, seeking a return of often 3-5X or more.  In other words, they seek fast-growing companies who have the potential to become “the next Amazon.” However, on average VCs usually invest in multiple companies form a single fund to spread the risk. In fact, it is not uncommon that for every 5 companies a VC fund invests in 3 will fail, 1 might break even and only 1 will be successful enough to cover the losses from the other failed investments and make a return on investment for the VC and the limited partner. Occasionally, a VC will make a bet on a company that makes a massive return, known as a “Unicorn” that can provide an astronomical return and make it’s investors/VCs legends in the investing world.

Example of a company who seeks money from venture capitalists

Perhaps you’re a genius web developer who thinks in code, and perhaps even develops your own of programming language for things that have yet to be created! While attending Harvard University, you discover the potential the internet offers the world as a source of socializing.

After developing the code to create a personal profile that can then “friend” other profiles on campus, your idea spreads across the entire campus.  You’ve received angel investments from many wealthy individuals including a stake of $500,000 from Peter Thiel.

You begin launching your social media platform on other major college campuses. With the potential to impact the entire world, you seek more funding from Venture Capital firms such as Accel Partners who agree to contribute approximately $12.7 million to your company.

After decades of explosive growth, your company, now known as Facebook, is now worth hundreds of billions of dollars, thanks to the help of angel investors and venture capitalists who believed in your innovative idea.

How the company benefits from venture capitalists

The benefits are different as well when you look at angel investors vs. venture capitalist side-by-side. While angel investors provide funding from individuals, venture capital firms provide both funding and expertise.  Often times, since the initial investment given from a venture capital company is larger, they have a big say in how the company operates, and likewise give you access to their network of knowledgeable businessmen. How did companies like Facebook benefit from the investment from Accel Partners? They got the funding to continue growing as well as the mastermind group of knowledgeable individuals to help advise the growth of Facebook.

How venture capitalists benefit from their investment

Since there are more hands in the deal, venture capitalists often seek investments with stronger evidence of higher returns, most cases up to 3-5X ( even though they always say they are looking for a 10X exit) or more ROI. The return has to be split up among the pool of investors contributing the money, as well as pay the employees of the venture capital firm who advise on the investments.

Venture capital firms invest in companies with one of two ultimate objectives:

In both cases, the venture capital firm’s money can be recouped upon the sale of the company whether it’s through an acquisition or through an IPO listing.

Here’s a summary of the differences between angel investors vs. venture capitalist:

There is no right or wrong answer in how you decide to raise money for your company. You simply need to look at the investment stages between angel investors vs. venture capitalists. The general rule of thumb that many major companies like Amazon and Facebook take is by seeking investments from wealthy individuals, followed by additional funding from venture capitalists. But the sky is the limit and the path of choice is up to you! There are a few things you may want to consider in determining your funding method.

Depending on where you are in the process, do you need a seed round to kick things off or are you more established and can handle the extra burden of working with a VC firm, will ultimately determine which type of investor you will target. In the end, it comes down to a few things, traction, profitability and size of the potential market. not every idea or company needs to be a “Unicorn”. Smaller companies can be quite profitable and provide good returns for investors. Hence think hard about what you are trying to accomplish and where you fit into the investing landscape to decide which is best for you an angel investor vs. a venture capitalist.

Whatever you do, DON’T let fear be the reason you don’t move forward with seeking funding. After all, you might just have the next big idea that revolutionizes the way people socialize (Facebook, Twitter, LinkedIn), change the way we shop for retail goods (Amazon), or even how we consume entertainment on a day to day basis (Netflix, Spotify)! 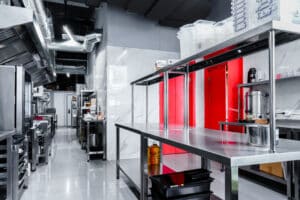 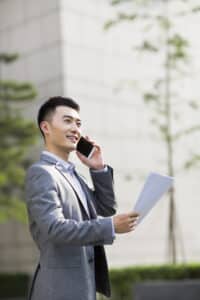 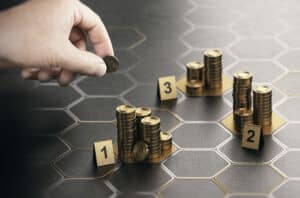 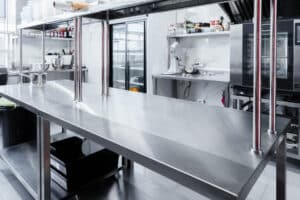 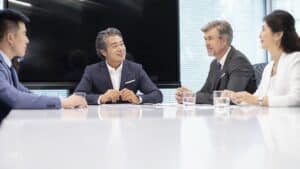